Disney to sell Miramax for over $660 million 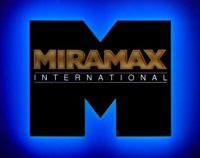 LOS ANGELES (Reuters) - Walt Disney Co has agreed to sell Miramax, the studio behind such films as "Trainspotting" and "No Country for Old Men," for more than $660 million to Filmyard Holdings LLC, ending months of talks between the media group and a star-studded cast of bidders.
Construction magnate Ron Tutor, investment firm Colony Capital LLC and other individuals are partners of Filmyard Holdings, Disney said.
The sale underscores Disney's plans to focus its film resources on bigger film properties such as "Pirates of the Caribbean" and exploit them across various platforms.
"It turns the page on Disney's foray into non-Disney branded films and completes their focus on franchise properties," said Gabelli & Co analyst Chris Marangi. "They're also finding promising areas of growth in new media, especially in areas where they can monetize Disney properties."
The sale of Miramax includes rights in more than 700 movie titles, including Academy Award winners such as "Chicago," and "Shakespeare in Love," Disney said.
"They are harvesting something mature and using the cash to invest in a more emerging growth space," said RBC Capital Markets analyst David Bank.
While Miramax has continued to pump out critically acclaimed films such as "Doubt," it has not made big commercial hits like "Pulp Fiction" and "Chicago" for some time.
With its family-friendly focus, Disney viewed Miramax's edgy mix of films as a poor fit.
"Although we are very proud of Miramax's many accomplishments, our current strategy for Walt Disney Studios is to focus on the development of great motion pictures under the Disney, Pixar and Marvel brands," Disney Chief Executive Officer Robert Iger said in a statement.
The Tutor/Colony deal marks the culmination of a drawn-out sale that had attracted various Los Angeles-based rival bidders, including the Weinstein brothers who founded the studio. Along the way, many entities were linked to the talks, including billionaire investor Ron Burkle and movie studios Summit Entertainment and Lions Gate Entertainment.
Revelations that Disney was floating a sale of Miramax, which it bought for $80 million, first surfaced in January, and Tutor, chief executive of construction giant Tutor-Saliba Corp, entered into exclusive negotiations in early June.
The Miramax sale is expected to close between September 10 and year end, Disney said.
Shares of Disney closed at $33.71 on Thursday on the New York Stock Exchange. The stock has risen about 5.5 percent this year.
(Additional reporting by Sakthi Prasad in Bangalore and Franklin Paul in New York; Editing by David Holmes, Will Waterman and Lisa Von Ahn)

0 Komentar untuk "Disney to sell Miramax for over $660 million"