Author. Pakar Bisnis    On. Minggu, Maret 31, 2013
bisnis kunci sukses profil
Cipto Junaedy is a very inspiring figure for all people, Cipto Junaedy managed to rise from adversity and eventually became an expert property business in Indonesia, in addition to generous he is also very consistent in carrying out this strategy, how the success story of a young billionaire? follow me and find therein isnpirasi of Cipto Junaedy .... 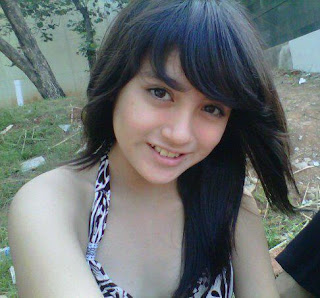 Hendro AJ Lewis in the book "The Many Ways To Get Rich" concluded four successful mindset, namely:

1. Success is not determined by fate

The fate of a person is influenced by all their actions. Of course the actions driven by patterns of thought. Be successful and become rich or poor people fail and not because of luck, but rather due to the mindset and actions that resulted in the present circumstances. To be successful and wealthy, strong-willed and people should try to be consistent over time. To achieve great success, you have to mimic the way people think and how to work successfully, starting with small successes every time and based on a lot of skills that will facilitate the path to wealth and success.

2. Success is a habit

Successful people become successful as a habit that must be followed. For him, success is not a destination (the ultimate goal), but rather a process journey. Every decision and action you make is telling a success. In the course of daily life, you will get a lot of successes accumulated a huge success. Generated a great success not only of the decision and one course of action, but rather an accumulation of every success that you get everyday. Thus, success is a positive habit in a person's life.

3. Failure is part of success

Successful people see failure as part of success experienced, so it should not make it a deterrent and hinder their chances of success in the future. Failure is simply a delayed success. Precisely with a failure that happened he would grow experience, can mature, grow vigorously and successfully. Instead, people fail to see the failure as a traumatic experience that makes it a deterrent and not be afraid to start again.

4. Successful people are always oriented to the solution

In this life, people will never escape from problems such thing. Successful people believe that underneath there is a definite problem and solution opportunities. That mindset is what makes it resilient and not easily give up. Conversely, people fail to see the problem in every solution is made. As a result, he was rather pessimistic in response to each opportunity. He prefers the status quo is considered the safest for him. People are usually afraid of failing to try. Her silence is better than trying and failing.